One of the big questions we're asked about the game is about the possibility of the game just on PC. So for those people, we recently revealed both our virtual multi-screen set-up and dual-screen support for PC.

In virtual dual-screen mode, all players will how have the option to sit in the commander's chair, giving them access to the same immersive tactical experience of Salvaged but on a single PC screen: 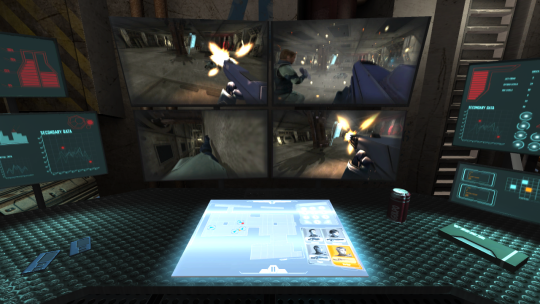 By creating a 3D commander's station, we are able to maintain the unique opportunities that the multi-screen version of the game affords and at the same time open up the game to a much larger audience of players.

The other major thing that means is that we can now also support the Oculus Rift... we've been a fan of the device ever since it was announced, and we've been experimenting on our dev-kit for some time, and wondering whether an Oculus version of Salvaged was going to be possible. The answer was staring us in the face the whole time: 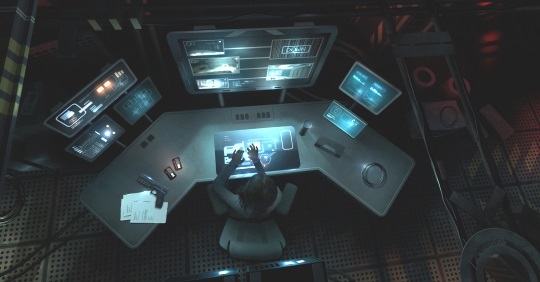 The very first image that was created for the Salvaged project gives us everything we need. We'd always imagined that this was just a mood piece to set the scene for what the player's role in the game would be and how they would experience it in their mind's eye. However with the power of VR, it doesn't just have to be in their imagination, we can recreate the RISC commander's multi-screen set-up right inside their Oculus Rift. 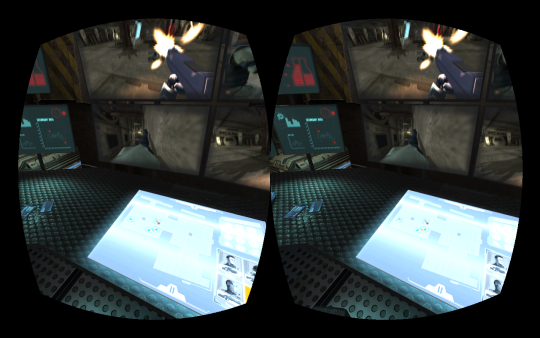 We're not stopping there though, and we're not abandoning dual-screen for a second. First off, due to popular demand, we'll also be making client versions of the game available for desktop devices so you can enjoy dual-screen gameplay on your PC/Mac set-up as well without the need for a separate device.

We still think that playing on a PC with a mobile touch screen device is the best way to play – the flexibility and immediacy, and the feeling of being there all means that we are committed to the original vision of PC + touch device as our lead "platform". The gameplay won't be compromised in any way for any of these additions so if you've already backed you’ll be getting the exact same experience that you originally signed up for.

However with Oculus, virtual dual-screen, and dual-monitor desktop play now all supported, we can share the Salvaged experience with many more people. 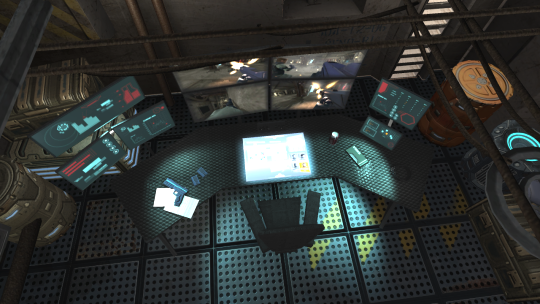 Let us know what you think in the comments, we know a lot of you have been talking about this already - and if you know someone who has been wavering because they weren't sure about the offering, now's the time to get them on board with the Kickstarter - let them know that they can play how they want to play.