We want to bring this to the most players possible - please upvote your preferred platform!

The ship bound experience of a RISC ship commander lends itself perfectly to a sitting VR experience - presenting the commander interface below the RISC camera feeds, the player really feels they're int heir own salvage ship. We have some work to put in replicating the touch interface when the player can't feel the tablet, but we think we've cracked this, and will be providing more details here shortly. 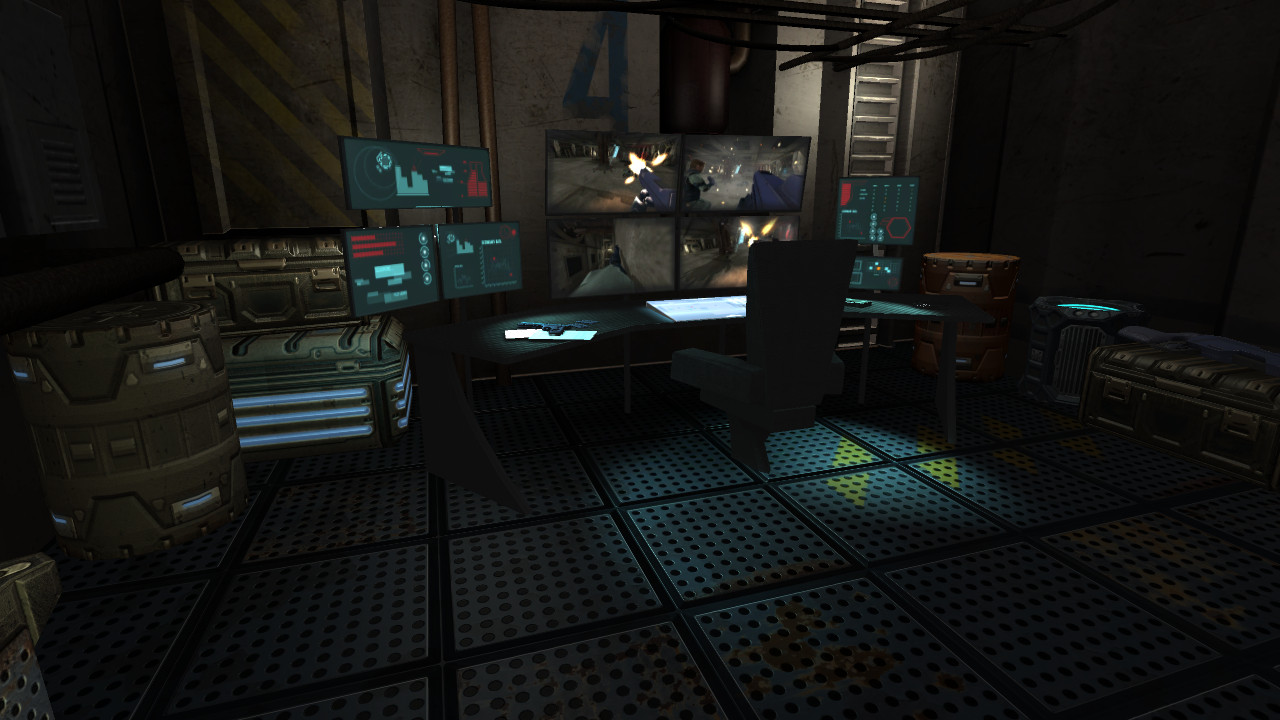 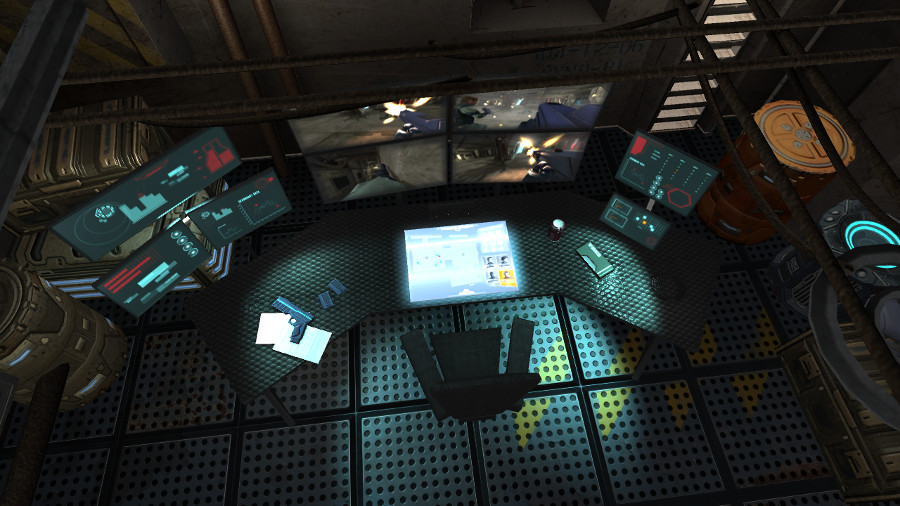 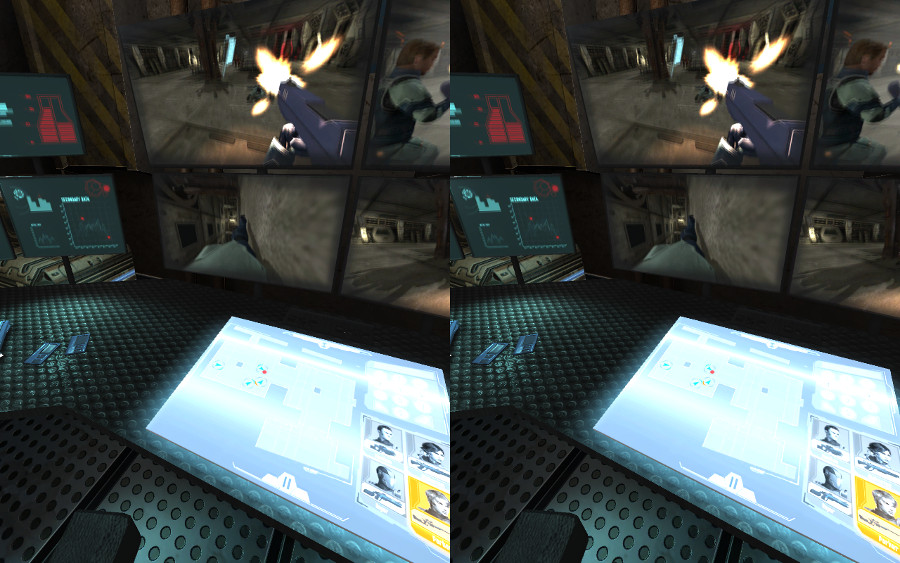 Personally, this is the one I'm most excited about. Implementing the Rift is going to be a challenge that I look forward to seeing unfold. That GIF up there was recorded with the movement of my very own neck and head, and I've gotta say, it's quite an intriguing experience being in the control room.

While it's great to be transported off into magical lands and warzones in the Oculus Rift, often, the lack of wind against your face, bullets hitting your stomach or fact the simple fact you're sitting down holding a controller that keeps grounding you back in reality. I tried this in the Opposable Games office, which seems to mirror the control room effectively enough as far as tactile sensations go, and it was really effective. While there are solutions to many of these problems coming to the market soon, it's hard to say how affordable they'll be and how well they'll do commercially. We want as many people as possible to play this game and have tons of fun doing so.

I'm the most excited about this one as well. There's the potential for much more immersion with this particular version, alarm lights flashing in the virtual control room, the other screens reporting information on the crew, maybe even stats about the ship they're currently on, and data on the items being found by the crew. These things wouldn't be necessary for the standard gameplay, but just fun extra bits to immerse the player.

I'm sure you all have a ton of amazing ideas. Can't wait to see.

I'm gonna try to convince the devs to add a few little easter eggs to the VR version here and there...

Users browsing this forum: No registered users and 1 guest